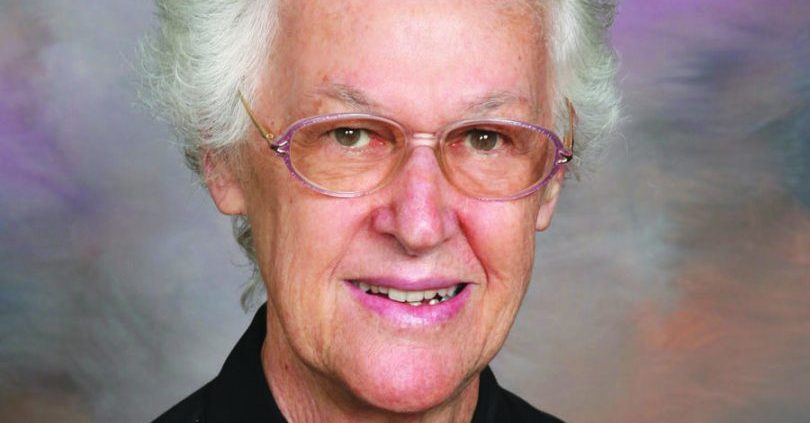 The Eucharist of Christian Burial will be celebrated at 10:30 a.m. on Wednesday, April 12, 2017, at the Sacred Heart Chapel, Saint Benedict’s Monastery, St. Joseph, for Sister Ellen (Phyllis) Cotone who died, age 86, on April 9, 2017, at Saint Scholastica Convent, St. Cloud, Minn. Burial will be in the monastery cemetery. Friends may call for a Vigil Prayer Service at 7 p.m. at Saint Benedict’s Monastery on Tuesday, April 11. Visitation continues at 9 a.m. on April 12 until the time of the funeral.

Music played a key role in S. Ellen’s life. She graduated from the College of Saint Benedict, St. Joseph, with a B.A. degree in music and a minor in philosophy. At DePaul University, Chicago, Ill., she earned a Bachelor of Music degree, majoring in piano pedagogy, and a Master of Music degree in piano. She also attended the University of Michigan at Ann Arbor, Mich., Hamline University, St. Paul, Minn., the University of Minnesota, Minneapolis, and Mount St. Joseph College in Mount St. Joseph, Ohio. S. Ellen served in Elrosa, Minn., as music teacher and parish organist, was a member of the music department of the College of Saint Benedict, served in parish ministry at Little Flower Mission, Onamia, and as elementary music teacher in the Bahamas. At Saint Scholastica Convent, she served as liturgist and nurses’ aide and was liturgist for St. Paul Priory, St. Paul. For more than ten years, S. Ellen served in Recife, Parnambuco, Brazil, working in parish ministry, liturgy and in a variety of activities, especially with the youth. She had a special interest in social justice concerns and was able to pursue that interest, especially in her work at the Little Flower Mission, in the Bahamas and in Brazil.

On her return from Brazil in 2000, S. Ellen took up residence at Saint Scholastica Convent to serve as organist, in liturgy, and as driver for the sisters. In later years, she undertook a ministry of prayer for the prioress, and for vocations and younger members of the community. She also continued to be involved in community living which included sharing her musical talents for the enjoyment of others.

S. Ellen is survived by members of her Benedictine community, nieces and cousins. She was preceded in death by her parents and only sibling, Eugene.

The Living Stations of the Cross
Scroll to top