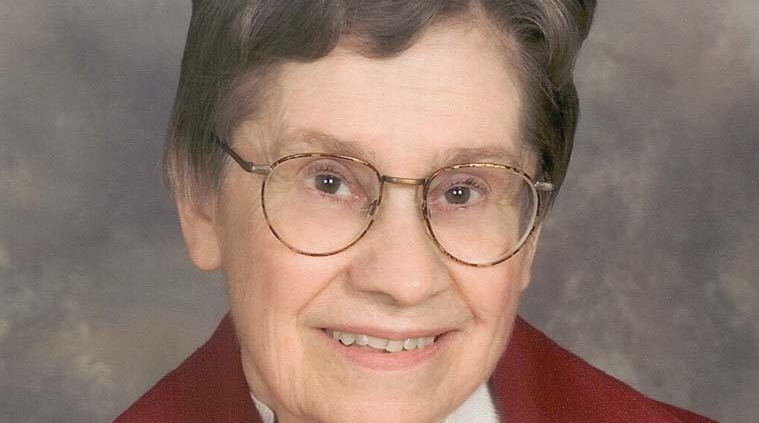 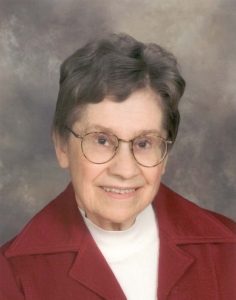 The Eucharist of Christian Burial will be celebrated at 10:30 a.m. on Wednesday, November 17, 2021, at the Sacred Heart Chapel, Saint Benedict’s Monastery, St. Joseph, Minn., for Sister Rosemary (Dominic) Lenneman, who died on November 10, 2021, at Saint Scholastica Convent, St. Cloud, Minn. Burial of the cremated remains will be in the monastery cemetery. Funeral arrangements have been entrusted to Benson Funeral Home. Friends may call at Saint Scholastica Convent on Tuesday, November 16, for a Prayer Service at 1 p.m. followed by visitation until 4:15 p.m., or for a Vigil Prayer Service at 7 p.m. at Saint Benedict’s Monastery. Visitation continues at 9 a.m. until the time of the funeral on Wednesday, November 17.

Rosemary Lenneman was born August 21, 1935, in St. Michael, Minn., the third child of Dominic and Agnes (Dehmer) Lenneman. She attended St. Michael grade school and high school. On September 9, 1954, she entered Saint Benedict’s Monastery, was received into the novitiate as Sister Dominic (later reverting to her baptismal name) on June 15, 1955, made first monastic profession on July 11, 1956, and perpetual monastic profession on July 11, 1959. Her Golden Jubilee was celebrated July 11, 2006, and her 60th jubilee in 2016.

A graduate of the College of Saint Benedict (CSB), St. Joseph, where she earned a B.A. degree in elementary education, S. Rosemary also attended St. Cloud State University in St. Cloud and completed units of CPE at St. Joseph Hospital and Medical Center in Tacoma, Wash., and Luther Hospital in Eau Claire, Wis.

Education was S. Rosemary’s main ministry for many years. She served as an educator in St. Augustine School in St. Cloud, Sobieski, Cold Spring, St. Joseph School in Minneapolis, Melrose, Richmond and St. Anthony’s in St. Cloud. She also served in many other capacities through the years, including as a nurses’ aide at Saint Benedict’s Monastery, helping in CSB cafeteria food service, and at St. Raphael’s Convent as a receptionist and in housekeeping. At Saint Benedict’s Monastery, she worked as part-time receptionist and housekeeper at the Benedictine Resource Center and in the archives doing calligraphy. She was involved in pastoral care at St. Benedict’s Senior Community, St. Cloud, and volunteered at Americare Nursing Home and Sterling Park Commons (both in Waite Park, Minn.), where she visited, prayed with and read to residents, as well as encouraging creative writing. S. Rosemary herself enjoyed reading and writing poetry. In 2010, she moved to Saint Scholastica Convent where she undertook a ministry of prayer and community living.

Rosemary is survived by her Benedictine community and sisters, Imogene Lenneman, Frances Brazil, Anita Lenneman and Dalene Lenneman, and by nieces and nephews. She was preceded in death by her parents, her brother, James, and her sister, Irma Pierre.