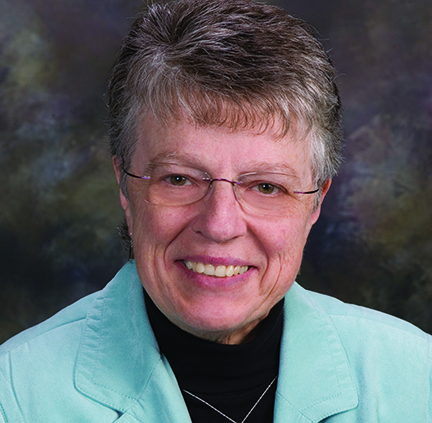 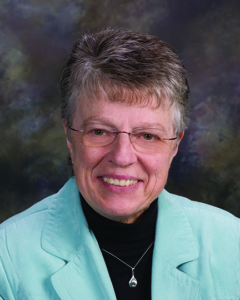 The Eucharist of Christian Burial will be celebrated at 10:30 a.m. on Friday, May 28, 2021, at the Sacred Heart Chapel, Saint Benedict’s Monastery, St. Joseph, Minn., for Sister Renee (Genesia) Rau who died on Saturday, May 22, 2021, at Saint Scholastica Convent, St. Cloud, Minn. Burial of the cremated remains will be in the monastery cemetery. A Vigil Prayer Service and opportunity for visitation will take place on Thursday, May 27, at 7 p.m. at Saint Benedict’s Monastery. Visitation continues at 9 a.m. until the time of the funeral on May 28. Funeral arrangements have been entrusted to Benson Funeral Home.

Renee Rau was born October 12, 1941, the third of three children, to Leo and Everdina (deGrood) Rau in St. Cloud. She attended McKinley Public School in Waite Park, Minn., for grades 1–4 and St. Joseph’s School in Waite Park for grades 5–8. She graduated from Cathedral High School in St. Cloud in 1959. Renee entered Saint Benedict’s Monastery in 1959 and was received into the novitiate as Sister Genesia on June 14, 1960, reverting to her baptismal name in 1968. She made her first monastic profession on July 11, 1961, her perpetual monastic profession on July 11, 1965, and celebrated her Golden Jubilee in 2011.

S. Renee graduated from the College of Saint Benedict (CSB) with a degree in elementary education and a minor in philosophy and later received a B.A. in psychology, also from CSB. She received an M.A. in professional psychology and a doctorate in counseling psychology from the University of St. Thomas, St. Paul, Minn.

Education in elementary schools was S. Renee’s first ministry. She taught at various schools in Minnesota: St. Anthony’s in Watkins, St. Peter and Paul in Richmond, St. Boniface in Cold Spring, St. Anastasia in Hutchinson, St. John Cantius and St. Anthony School in St. Cloud and Holy Family, Albany, Minn. She later served as community coordinator at St. Raphael’s Convent in St. Cloud and also served in ministry at Saint Benedict’s Monastery and at Saint Scholastica Convent. Upon completion of her doctorate, she taught at St. Thomas University, at Saint John’s University, Collegeville, Minn., and at CSB. At the monastery, she served in the archives, the business office, liturgy office and as an artisan for monastic enterprises and for Whitby Gift Shop and Gallery. S. Renee also was a member of the monastery technology team and helped in the Sunset Drive Community Garden.

S. Renee is survived by the members of her Benedictine community, her brother, Thomas (Betty), and sister, Doreen Bengtson. She was preceded in death by her parents and brother-in-law, Larry Bengtson.