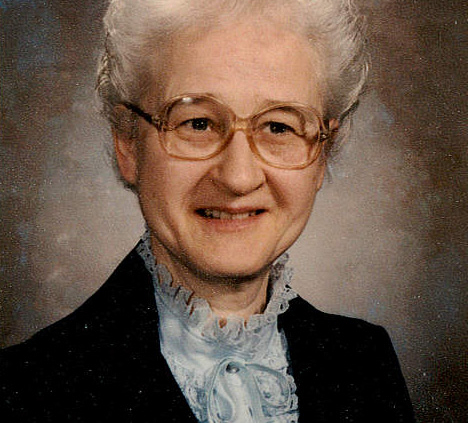 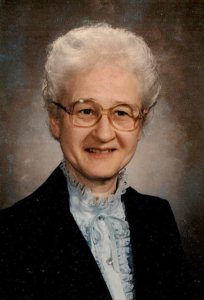 Sister Dorothea (Arleda) Lenz died peacefully on Tuesday, July 28, 2020, at Saint Scholastica Convent, St. Cloud, Minn. A private Eucharist of Christian Burial will be celebrated at Saint Benedict’s Monastery on Monday, August 3, 2020, followed by inurnment of the cremated remains in the monastery cemetery. Funeral arrangements have been entrusted to Benson Funeral Home.

Arleda Lenz was born February 16, 1928, to Florian and Ida Victoria (Lehn) Lenz in St. Michael, Minn., the second oldest in her family. She attended two years at St. Michael’s grade school in St. Michael, Minn., and five years at St. Joseph’s grade school in Waconia, Minn. She received her (GED) high school equivalency from St. Cloud Area Vocational Technical College in St. Cloud in 1971. Arleda entered Saint Benedict’s Monastery on September 16, 1946, was received into the novitiate June 17, 1947, when she received the name Dorothea, made first monastic profession on July 11, 1948, and perpetual monastic profession on July 11, 1951. She celebrated her golden jubilee in 1998 and 60th anniversary in 2008.

Dorothea attended St. Paul Vocational Technical Institute and was certified in Principles of Quantity Food Production. She served in the areas of domestic arts (cook, laundress, housekeeping and homemaker) in several places including Saint Raphael’s Home in St. Cloud, Eden Valley, Perham, Red Lake, Melrose and Saint Scholastica Convent. Her ministry included assignments in Taipei, Taiwan, and adult day care in Uniontown, Ala., as well as caring for small children while their parents attended class and assisting in the parish office. Back at Saint Benedict’s Monastery, she served in hospitality as coordinator of the guest house for eight years. S. Dorothea moved to Saint Scholastica Convent in 2002 where she helped in food service, in the sewing room and assisted the sisters in many ways. S. Dorothea was most grateful for her call to religious life, where she learned to know, love and serve God and God’s people, and which she continued to honor to the end of her life through community living and undertaking a special ministry of prayer.